Men can learn to gain back the advantage. They just need to focus on the right things. 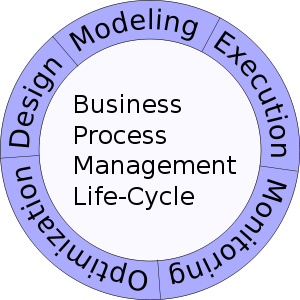 Men and women think differently. Most people would agree, we’ve known they were from different planets,(Mars and Venus), for years. Men don’t ruminate as much as women do, but they should. How that plays out in business can be seen in various ways. I believe this is true but I don’t think it’s a sex thing, it’s just easier to generalize. Women ruminate more than men meaning they do more forward thinking and reflection. Many of the key reasons I get brought into work with people is to help them strategize and help them think forwardly about an issue.    Men typically do not ruminate about problems. When you give a man a choice to make, he makes a decision and is done with it. That decision is sometimes good and sometimes bad but he doesn’t think about for a long time he, “shoots from the hip.” As opposed to women who will ruminate about an issue and will typically process a lot of factors that will influence the final outcome because they start at the end of the process, work their way backwards and then forward again to the proposed outcome.Women are used to juggling multiple faucets of their lives and are quite adept at doing so.

My own definition of a metro-sexual male is one who is learning these skills that were once perceived as female skills however have already become very valuable skills in the work force. It isn’t about personal grooming it’s about being able to view relationships and have a high EQ (emotional quotient). Men who are aware, that building and maintaining strong relationships is a key part of business, are far ahead of their counterparts who don’t focus on relationships. Relationships in the work force are the key to success. This is why when someone asks me what I do I explain, “I’m a business relationship coach.”

Women ruminate more and that can give them an advantage in business. Women are also used to ruminating about relationships. Men are used to saying, “Are we good?” If the answer is yes the matter is done. Women will take the time to listen to how the other person feels about the situation and process it thus actually getting to a place of being good. You need to figure out what your client needs. Do they need to be able to put this behind them and actually be done with it. Or do they need to process the issue to get to a point where the issue is truly at rest for them. That is one of the key points that allows for an advantage in business.

Coaching has done so well in the business and corportate world because it is at is core a process of forward thinking about a specific goal and how to define and reach it. It is the act of ruminating on a specific issue to deal with the situation.

:to go over in the mind repeatedly and often casually or slowly

: to engage in contemplation

One of roles as a coach is to facilitate the rumination process. This is a skill just like any other that needs to be focused on and can improve over time. If you’d like help improving your skill set around focusing on and improving relationships then feel free to contact me.